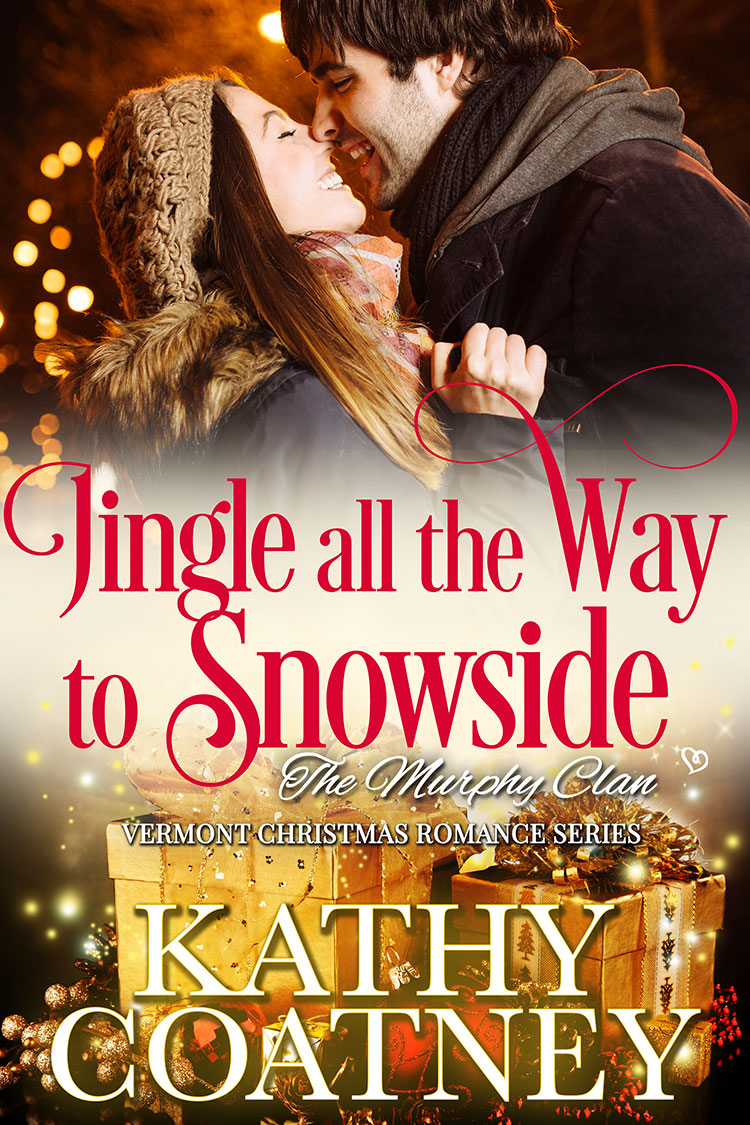 Nick Claws finished polishing the hood of the candy red Mini Cooper and began loading it with suitcases. By the time he’d finished, there was only room for him, Jody, and their miniature poodle, Prancer. His wife had never learned the art of packing light.

The October sun crept over the horizon. Fingers of sunlight cascaded over Nick as he wedged the last suitcase into the trunk.

“So why are we headed to Snowside in October?” Jody asked, coming up to him with Prancer snuggled in her arms. The miniature poodle lifted his head and gave a single bark, as if he also wanted an answer to the question.

Nick glanced over at her, his blue eyes twinkling as he stroked his long, white beard. “We’re getting an early start on the Christmas season.”

“The earliest we’ve ever gone is November.”

“You’re right, but this one’s going to be a bit more challenging, and we’re going to need more time since we’ll be volunteering at two different sites.”

Jody looked down at Prancer. “Did you hear that?” she asked the dog. “We’re starting Christmas in October this year.”

“Is that a bad thing?” Nick asked.

“Absolutely not. You know I love Christmas. I can’t think of anything better than starting now.” Jody clapped her hands, excitement pulsing through her. “So, tell me where we’ll be volunteering.”

He helped her into the car, and they set off. “As you know, we’re returning to Snowside, and there’s the sweetest woman, Sadie McCluskey. She runs McCluskey River Farm right in downtown Snowside. It’s only an acre, but it’s got all the charm of Old Time Christmas Tree Farm and Enchanted Inn that Jeremy and Marilyn Clark own. It’s the place we gave Jack and Annie Bradshaw the sleigh ride and romantic dinner almost four years ago. Sadie grows every crop imaginable and does all kinds of weekly events, from brunches to movie nights, crafts for kids and adults, tours of the farm, and she teaches classes on growing successful gardens. She’s just amazing, but she desperately needs help with the events, which is where you come in. I know you’re going to love it!”

“I can’t wait to get started. And what about the other place?”

“It’s a kindergarten classroom, and the teacher is Hank Dabrowski. His hands are full, and he really needs more help in the classroom. He’s dedicated to these kids and their families and wants to do more than just teach them. Many of his kids’ families are living hand-to-mouth, so he’s determined to not only educate the kids, but improve their lives.”

Jody turned to face him, her reindeer earrings swaying against rosy cheeks. “So, I assume there’s a connection between Sadie and Hank?”

Nick glanced away from the road briefly to face her, then looked back. “Yes. The land Sadie farms is owned by our old friend Elroy—one of your first holiday matchups and Hank’s great-uncle. Elroy actually wrote to us about them. From what he said, he promised Sadie that he will never allow the land to be anything but farmland, and he’s waiting for her to come up with the financing to buy it. She’s applied for numerous loans, but keeps getting turned down. Hank’s been trying to convince his uncle to contact a lawyer to ensure he gets fair market value for the land, which could mean Sadie would lose her farm.”

Jody clapped her hands over her mouth, shaking her head. “We can’t have Sadie lose that farm. It’s too important. We’re going to have to convince Hank to change his mind.”

“Are Hank and Sadie our holiday matchup?”

“They are, but it’s going to be a challenge. Hank is driven to make a difference for his students, but he’s suspicious of Sadie, especially after a bad breakup. Sadie is committed to her farm, but her resistance goes deeper. Her parents died when she was in high school, and she went into foster care. Then she married young and her ex-husband hurt her deeply. Now, she’s afraid to love and she’s lost her Christmas spirit.”

Jody tapped a finger to her lips as she thought over the problem. “Well, we’re going to have our work cut out for us, but we will find a solution.”

“That’s what I love most about you—your optimism. You don’t believe in can’t.” Nick reached over and squeezed her hand. “Have we ever failed?”

Jody winked at him, tracing her fingers over his cheek as she stared into his face. “I couldn’t do it without you.”

Nick punched the gas. Jody’s laughter floated on the air again as they jetted down the highway.