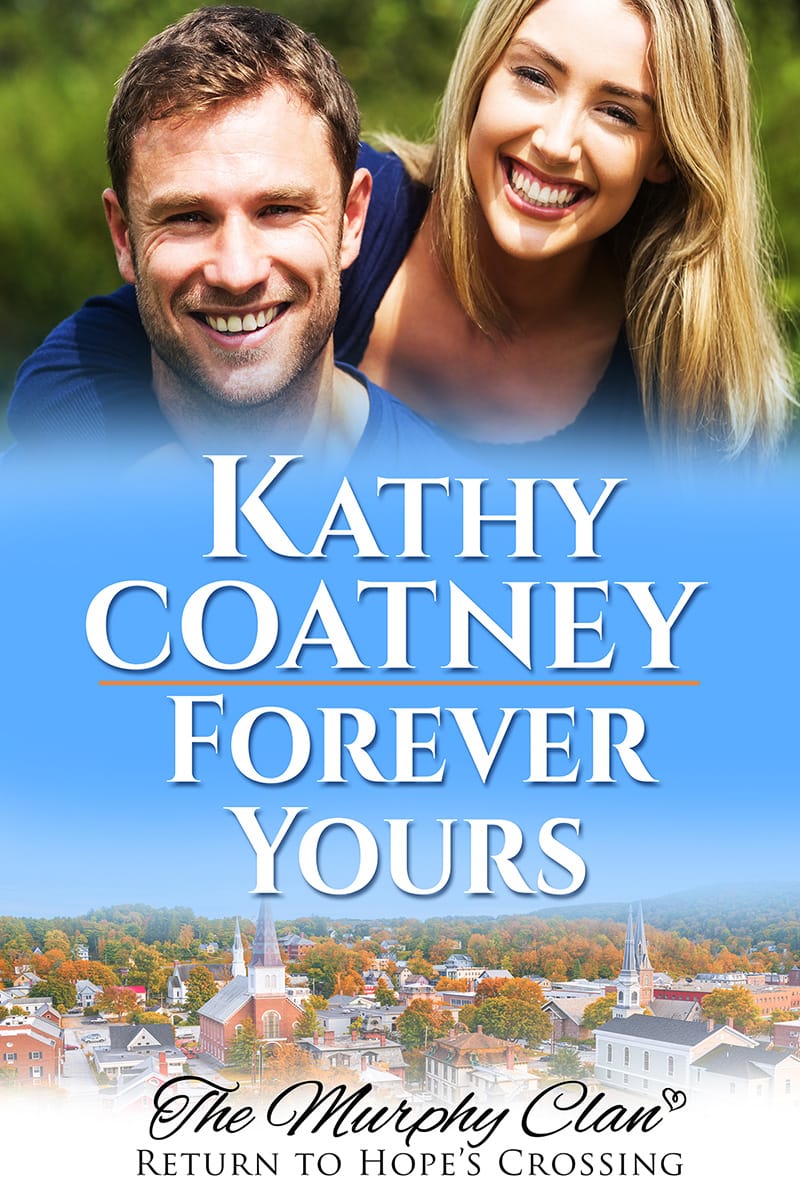 He had the world by the tail. She’s the love he left behind.

Willa Dunbar grew up in Hope’s Crossing and planned on a career running Mumford Theater with her uncle—until they had a falling out. Over a decade later, Willa returns home to care for her uncle only to discover the bad boy of baseball—and her first love—is living next door.

Ben Valentine left Hope’s Crossing straight out of high school to play professional baseball. After his baseball career crashed and burned, and his marriage fell apart, he returned to Hope’s Crossing to build a new life. When he reunites with Willa, all he wants is to prove to her that he’s not the playboy the media has portrayed him as.

Can the bad boy of baseball show Willa he’s her one and only? Get your copy today because your first love is the one you never forget.

Willa Dunbar sent the last of the staff home just after midnight to finish closing the theater herself. She liked this time of night. The quiet soothed her, made her forget all that was missing from her life.

She’d just finished cleaning when Charlie Pulaski’s booming voice echoed through the silent theater as he called out her name. Her business partner, a barrel-chested bear of a man with a heart of gold, greeted her with his usual broad smile.

“How did it go tonight?”

“Excellent. We had a full house. I really think that Sunday night five-dollar special of popcorn and soda Jed suggested is drawing them in.”

Charlie and his son, Jed, owned Pulaski’s Bar and Grill. Three years ago they’d come to her with a business proposition. They’d wanted to convert the basement of the three-story Craftsman that housed their pub and restaurant into a movie theater. Willa would run the theater while they provided the food and drinks. She’d loved the idea, and a year later they had it up and running. Now she had her hands full running the pub movie house along with Conspiracy’s one and only Seaside Drive-in—her original theater.

“He does have some good ideas,” Charlie grumbled. Unquestionably, he loved his son, but Charlie was resistant to change, much to Jed’s frustration. Willa didn’t miss the similarities between their relationship and the one with her Uncle Cornelius, only those two worked out their problems whereas her uncle remained reserved and with each other.

Willa hugged the older man who’d become a father figure to. In fact, the whole Pulaski crew had taken her in after she arrived in Conspiracy a decade ago.

“Jed has plenty of good ideas.”

“One of these days he’ll be pushing me out the door and taking over.”

Willa laughed. “Never. You two have the perfect arrangement. Jed runs the bar and the kitchen is your domain.”

“So what are you really doing here, Charlie?”

“I can never get anything past you, can I?”

Charlie blew out a weary breath and settled onto one of the sofas that filled the theater. Willa sat down beside him, waiting for him to continue.

“It’s about Jed and Colleen. Their constant bickering is wearing on everyone.”

Willa had noticed they’d been short with each other recently. “And?”

“And I was wondering if you’d talk to Jed. You’ve got a way with him none of the rest of us do, and maybe you can make him see he has feelings for Colleen.”

Willa held up a hand. “Oh no. I am not butting into his love life.” Besides which, with her track record, she was the last person who should be giving anyone relationship advice. She narrowed her gaze at Charlie. “You’ve already tried, and he told you to mind your own business, didn’t he?”

Charlie toyed with the menu propped between the napkin dispenser and the basket of condiments on the side table. “He might have said something to that effect.”

“So you’re putting me in the middle.”

No maybe about it. That was exactly what he was doing. “I’ll talk to him—” She shook a finger, “but whatever he tells me, stays with me.”

Willa pressed a kiss to his cheek, then pushed to her feet. “I’m going home.”

Charlie followed, sputtering, “What about Jed?”

“I will, just not tonight.”

She squeezed his arm. “It will wait until I get some sleep. Tomorrow is soon enough, but I’m not a miracle worker.”

She nudged him toward the exit. What she needed right now was a hot shower and bed.