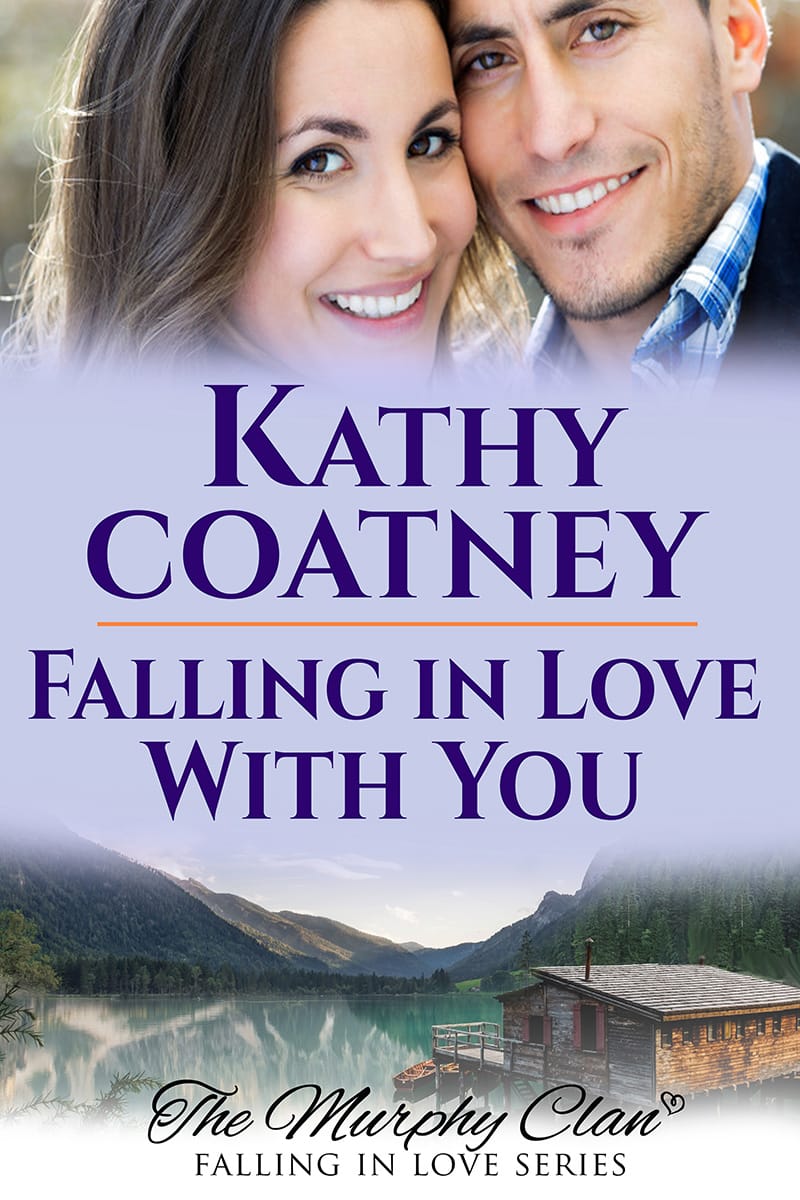 Noah always loved Abby, but Abby only had eyes for Jon—except Jon never loved her. Then Jon is diagnosed with ALS, and Abby convinces Jon her love is strong enough for both of them. After fifteen years of a marriage, Abby’s discovers her love for Jon was only infatuation. Noah always owned her heart.

Jon’s final request to Noah—confess to Abby that you’ve always loved her and give her the life she was meant to have. But before Noah can profess his love, disaster strikes, and Noah fears he will never get the chance to fulfill his promise to Jon.

Abby Sullivan stared at the twin pink lines on the pregnancy test, willing them to disappear. It had to be wrong. It had to be a horrible mistake.

“Don’t play games with me, Abigail. I’ve been pregnant six times, and I know the signs like I do my shoe size.”

Abby groaned. How could this have happened?

She knew exactly how it had happened, and she was elated and dejected at the same time. She stared at the test strip in her hand, then her pale reflection in the mirror. The scattering of freckles across her nose was more pronounced.

She swept her normally lustrous auburn hair into a ponytail, blew out a breath, and pulled open the door.

She held up the pregnancy stick, and her grandmother peered through her wire-rimmed glasses at the results. She grunted and nodded.

“Good.” Maureen O’Hara, not Maureen O’Hara the actress, spun around with surprising agility for her seventy-two years and started back to the kitchen, leaving Abby to scurry after her.

“What do you mean, good?” How could being widowed and pregnant be a good thing to her stanchly religious Catholic grandmother?

The tea kettle screamed. Her grandmother turned it off, filled the teapot with practiced ease, and settled the lid in place. She carried it to the tiny table covered with a hand embroidered damask tablecloth pressed within an inch of its life.

Hand-painted china tea cups with matching saucers were neatly set on the table—all part of her grandmother’s dowry, brought with her from Ireland fifty years ago when she’d married Abby’s grandfather.

Her grandmother belonged to an era that had virtually vanished from the twenty-first century. She still ironed everything—sheets, underwear, towels, jeans—anything she could put an iron to was wrinkleless.

Gram believed in meals at tables, afternoon tea with tea cups, saucers, and brewed tea—never from a bag—all seeped in tradition just like Gram. Growing up, Abby had desperately wanted to leave tradition behind, at least a little, but at thirty-eight she’d come to appreciate all the special touches her grandmother clung to.

Abby took the clotted cream and her grandmother’s homemade black currant jam from the refrigerator and placed them on the table, alongside the fresh-from-the-oven drop scones.

When the tea was brewed to perfection, her grandmother poured them each a cup, then took her seat in the breakfast nook that overlooked the snow-covered garden. After blowing on her tea, she sipped exactly as she’d done the day Abby came to live with her after her father died. At ten Abby had thought teatime silly, but now she appreciated the regularity, the stability, it had given her when everything in her life had been turned upside down.

“So, when are you going to tell Noah?”

Abby rattled her cup on the saucer. “What makes you think Noah is the father?”

Her grandmother placed a scone on her plate and delicately broke it open. “Who else could it be? You’ve always been in love with him.”

That wasn’t true. She’d loved Jon. Had always loved Jon. Noah had been—why could she never define what Noah meant to her? Dependable, trustworthy, kind, caring. That sounded more like a description of Cujo, his dog, than the man she’d made love to less than six weeks after her husband died.

What kind of woman did that? A lonely, desperate woman in need of comfort.

It’s more than that and you know it, Abby.

Her grandmother continued, not allowing Abby an opportunity to respond to her comment or the voice in her head. “Are you worried Noah won’t be happy to learn he’s going to be a father again? When I found out I was pregnant with your uncle Adin, I raced over to the lumberyard to tell your grandfather, who was ecstatic about the news.”

“That’s different. You were married.”

Her grandmother lifted a narrow shoulder. “So, you go to confession and Father Flannigan will have you do penance. I’ll admit I’d prefer you’d married him first, but it’s a little late for that. We’ll have a small service and—”

Abby held up a hand. “Hold on. I never said anything about marriage.” But having a baby…That was a dream come true, and one that she had never expected to happen. Picturing her baby replaced the emptiness inside and filled her with warmth and tenderness.

A fierce determination built inside her to be the parent her father hadn’t been.

Her grandmother paused, the china cup against her lips, her sharp blue eyes piercing Abby. She set her cup down and folded her hands in her lap. “This baby needs two parents.”

“This baby has me.” And she would cherish this child and lavish it with love and stability, something she’d never had until she’d come to live with Gram.

“You’ll make a fine mother, but a child needs her father.”

Gram didn’t add “As you well know,” but she might as well have. Even though her father had severely lacked in the parenting department, Abby had missed him desperately. He’d been the only parent she’d ever known since her mother had died days after her birth. How could she deny the truth in her grandmother’s words? A child needed a father, but a sober one who took care of his child.

Noah would be that and more, but would he want the job? Would he even want her?

She’d married a man who’d loved her like a sister. She refused to do that again. If, and it was a big if she married again, it would be with a man who cherished her, loved her beyond reason, couldn’t imagine life without her at his side.

Her grandmother reached across the table and squeezed her hand. “Why are you hesitating?”

As a child, Abby had been certain Gram could read her mind, and her grandmother’s insight now reinforced her belief. Telling her would mean admitting Gram had been right all those years ago when she’d told Abby it was a mistake to marry Jon.

Abby looked down into the tea cup. “I shouldn’t have married Jon.”

Her grandmother grunted, then patted her hand. “You know I wasn’t totally right. You did a good thing marrying him. I just didn’t want you to sacrifice being loved.”

Abby’s throat clogged with emotion, and her voice came out in a strangled whisper. “I loved Jon.”

Once upon a time, she’d loved him so fiercely it caused a physical pain in her chest. But fifteen years of marriage had changed her from a dewy-eyed college student to a pragmatic widow whose rose-colored glasses had been replaced with a hearty dose of reality.

Gram’s eyes softened. “I know you did.”

A tear slid down Abby’s cheek. “I miss him.”

“I do too, but it was time for him to go. His life stopped being a good one a long time ago. I sometimes think he hung on as long as he did for you. He may not have loved you passionately, but he loved you as deeply as he could. You know I loved that boy, too.”

Abby could only nod. She’d admitted to no one, not even Gram, her conflicted emotions. She missed Jon, wanted so much to see him, touch him, and at the same time was relieved to have her freedom.

“He’d be pleased about this baby.”

Abby stared at her grandmother in disbelief. “You don’t know that.”

“I do. His one regret was never giving you a child.”

Her grandmother squeezed her arm. “I don’t know. I’ve never met a more selfless soul. Maybe all his work to raise money for research will find a cure for ALS. Maybe that was his purpose on this earth.”

Abby thought it more a cruel twist of fate gave Jon that disease. She’d questioned God and her faith when Jon told her he had ALS.

Abby sipped her tea and wondered how to tell a man with two grown children he was going to be a father again. As much as that thought made her stomach churn, the gloom that had hung over her since Jon died eased. Whether or not Noah wanted this baby, she did. And no matter what happened, she would cherish this child.