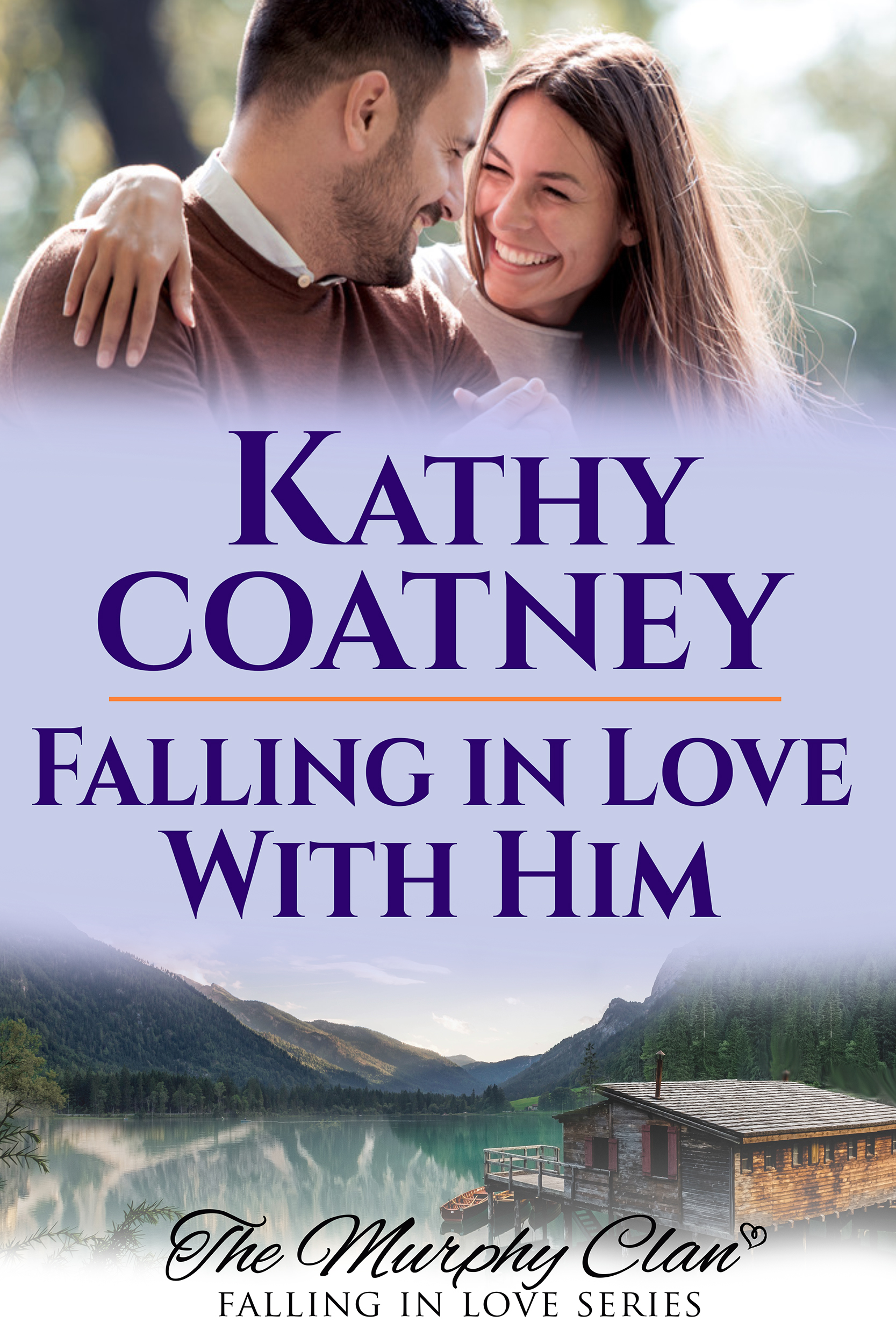 Falling in Love With Him…

What do an inquisitive reporter, a dedicated cop, and a band of geriatric mystery sleuths have in common? The desire to see justice done!

Tossed from a prestigious Seattle newspaper, journalist C.J. Pulaski returns to her hometown of Paradise Falls, Idaho, in disgrace. She’s hit rock bottom and will do anything to find her next big story and get her career back on track. In desperation, she even joins her father’s Trench Coat Brigade, a wacky group of seniors with a penchant for solving mysteries.

After his partner was killed in the line of duty, Nate Cole left the LAPD to become police chief in Paradise Falls. Small town living suits him just fine until he has to solve a thirty-five-year-old murder, keep the Trench Coat Brigade in line, and deal with a spunky, outspoken reporter. Now, Nate suspects there’s been something missing from his life—C.J.

Will C.J. choose her career over the only man who leaves her breathless? Get your copy now because men like Nate don’t come around every day!

Nate Cole stood at the top of the stairs that overlooked the public beach on Serenity Lake. A thin layer of fog enveloped the blazing orange sun as Charlie Pulaski’s daughter jogged below him. He admired her tall athletic body as she glided barefoot over the sand. Those legs had nearly taken her to the 2004 Summer Olympics as a long-distance runner.

He’d heard endless stories about her over the past year from nearly everyone in Paradise Falls. And now, C.J. Pulaski had returned home with a slew of damning headlines nipping at her heels.

Some took pleasure in another’s downfall, but not Nate. He’d been under public scrutiny enough times to realize there was more to the story than what was touted in the headlines.

C.J. circled around and headed in his direction without breaking stride. Stopping next to a pair of discarded Nikes, she leaned forward bracing her hands on her knees. The wind whipped auburn hair into her face as she continued to suck in deep breaths of air.

Nate descended the wooden steps to the lake, his gaze locked on the woman he’d begun to believe was as much myth as flesh and blood. He didn’t need the skills he’d developed working for the L.A. Police Department to note the rigid set of her body indicated anger.

She grabbed a stick and jabbed it in the sand harder and harder, then she straightened and pitched it into the lake. She watched it a long moment, then hefted another stick after it. Scanning the shore, her gaze landed on her shoes.

She grabbed them and shouted, “Idiot! Moron! Fool!” then launched each one into the water. A smile flittered across her lips as she watched the shiny white shoes bob and weave a moment before they sank into the water.

Arms raised as if she’d just scored a winning point, she spun in a circle.

Nate had experienced fury. He understood how emotional stress impacted the body mentally and physically. “Are you okay?”

She gasped and stumbled backward, her eyes locking on him. “You scared the daylights out of me.”

Those eyes, a mixture of melted caramel and warmed cocoa continued to stare back at him. Whoever said the eyes were the windows to the soul must have been staring into eyes just like hers. They spoke of disappointment, loss, but in the midst of all that turmoil, humor lurked.

“I’m sorry. I didn’t mean to startle you. I saw you were upset and wanted to make sure you were okay.”

C.J. leaned forward to read the badge pinned on his chest. Chief Cole. The same man her father and brothers talked about incessantly? The man who’d chucked a promising career with the LAPD to run a Podunk police department in wilds of northern Idaho?

“Other than making a mess out of my life and getting myself fired, I’m doing okay. But as chief of police, I’m sure you’ve heard the whole story already.”

“Sometimes things aren’t as bad as they seem.”

“Sometimes they’re worse. But I like your optimism, especially since I’m running a little short of it these days,” she said.

C.J. studied the man who’d witnessed her childish display of temper. She’d made a helluva impression her first day home.

C.J. arched an inquisitive eyebrow at him. “You know my name.”

“You want me to believe it was just a lucky guess, is that it?”

His smile made his eyes crinkle at the corners. “Something like that.”

There’d been a time when she’d believed in serendipity, but no more. Life, at least her life, didn’t operate that way any more. These days it consisted of neat, orderly facts.

His expression transformed into a mixture of exasperation and amusement. “I called in your license.”

C.J. glanced up at the SUV parked directly behind her car. “Well, it’s a relief to know I didn’t get my facts wrong this time.”

The instant the words slipped out she wanted to pull them back.

The man continued to stare at her, but his expression softened.

She turned away from his compassion and watched as a trio of Mallard ducks bobbed on the water. An otter swam across the lake. A dog barked in the distance and the ducks flight into the dull gray horizon that could have been a metaphor for her life.

“Everyone makes mistakes.” His voice washed over her, momentarily soothing her pain.

She studied him a long moment. Tall and broad shouldered with a hint of arrogance to his stance. There was also a softness, a vulnerability in his deep blue eyes. Who or what had put that pain there? Intriguing. It made the reporter and the woman in her want to dig deeper to find out why. If only Doug had made her want to dig deeper maybe they would still be together.

Nate tipped his hat and walked away. After he left her, a tear slipped down her cheek, then another and another. The softly spoken words from a stranger had opened the floodgate to emotions she’d kept tightly controlled since the biggest story of her journalistic career broke alongside an article in a rival newspaper refuting her main source. She’d kept the pain, humiliation, and disillusionment deep inside, but now holding back those emotions wasn’t any more likely than preventing the fog from rolling in off the ocean.

Darkness had settled in when she pulled her flip flops from her bag and headed for the parking lot. The fog had thickened since she’d first arrived, so she could barely make out the police chief standing sentinel at the base of the stairs watching over her. Oh, she’d met his type before. A man who took his responsibilities seriously, to the point they were as indelibly etched into his psyche as the motto to serve and protect was engraved onto his badge.

She should have been upset he watched over her as if she was a helpless ten-year-old, but strangely she wasn’t. A shocking realization for a woman as fiercely independent as she proclaimed herself to be.

She studied him for a long moment. When this man took a stance, he would be as immovable as one of the ancient cedars that dotted the highway around the lake.

She climbed the stairs to her car with as much dignity as she could muster, which wasn’t much these days, opened her car door and was about to slide inside when her gaze strayed back to the water. But it wasn’t the lake that drew her attention. It was the man with those Pacific blue eyes that pinned her where she stood. This was a man that a woman could lean on in a time of need.